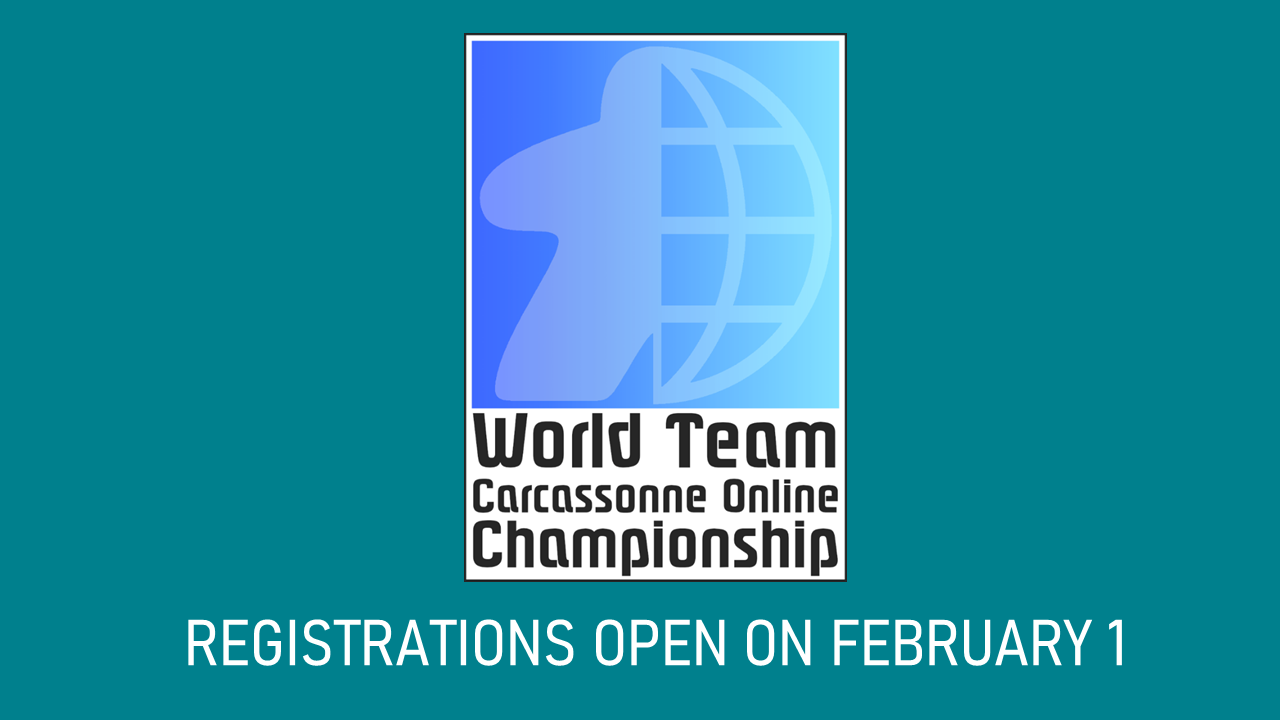 The team at Carcassonne.cat is very happy to officially announce that the registration for WTCOC 2021 will be open from February 1st until 31st of March.

After the good reception of the first edition where 21 teams representing Asia, North America, South America and Europe participated, we are preparing the second edition of this championship with great enthusiasm. Although we initially planned to start in early February, we decided to postpone it knowing that our friends from Carcassonne Mexico and Carcassonne Brazil wanted to organize the first edition of the Copa America at a similar date. Therefore the WTCOC 2021 will begin on the 5th of April and its duration will depend on the number of teams that register.

As we finish outlining everything you need to get started on the registration process and the competition, we want to remind you that:

We want to end this news by suggesting that all teams make their selection process as open as possible, as this result selection will be much more representative of the country or region and more people will be able to enjoy a worldwide competition like this.