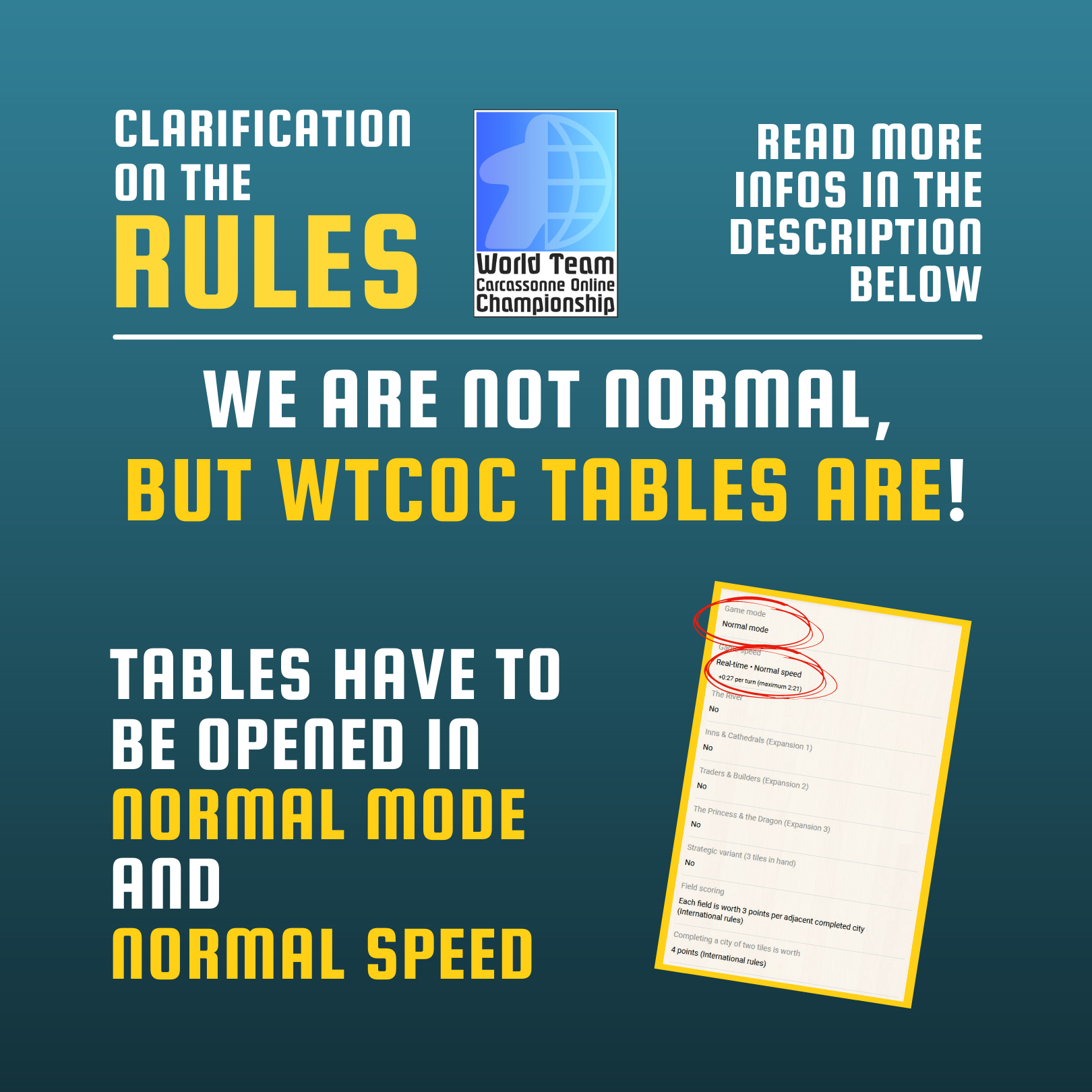 After having received several reports about errors in the game configuration where games were started or played with the wrong settings, we want to reiterate the following:

Both the WTCOC organizers and the DAZ ask all players to pay close attention to the game setup before starting in order to avoid possible penalties.