We will use this space to list the ongoing appeals after contentious situations.

The official referees are:

Communication between players during the game are forbidden. There was a suspicion of players aiding via chat during one game and after analyzing the issue, without explicit evidence of cheating, the arbitration committee has judged it was not a case for direct punishment but consequently a review in the tournament rules to clarify that such behavior is not allowed.

If in this case or in any other game, any evidence contrary to the rules is presented, the committee may revert the results accordingly.

It came to the Arbitration Committee knowledge some pieces of evidence, which were requested to be kept undisclosed, that the Chinese team had broken the rules during match between China and Peru.

After reviewing and debating the situation, the Committee has come to the conclusion the rules were indeed broken and therefore, decided upon the elimination of the Chinese team from the competition. The match with Peru will be considered null, like all games with China involved.

Additional information over the decision to exclude the Chinese team from competition April 14th, 2021

The arbitration committee is composed of three members from three different countries and our top priority is to care and support the fair development of the event. As stated in the rules, the possibility of any incident or situation not accounted in the rules, involves the interpretation at the discretion of the organizers. Respecting the ethical and fair play spirit of the competition, the three of us has deliberated towards the piece of evidence reported to us and it became clear to us that the Chinese Carcassonne team were benefitted of (1) using a computer script application, (2) players communciation during the games and (3) replacement of players not listed in a duel during the duel without communicating to the opponent (it can be accepted only in case of major event and communicating to the opponent). It is our interpretation that such behavior characterizes bad faith and is completely against the rules and the spirit of good competition. 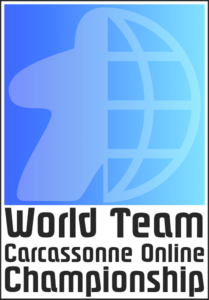 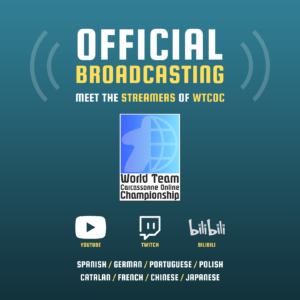