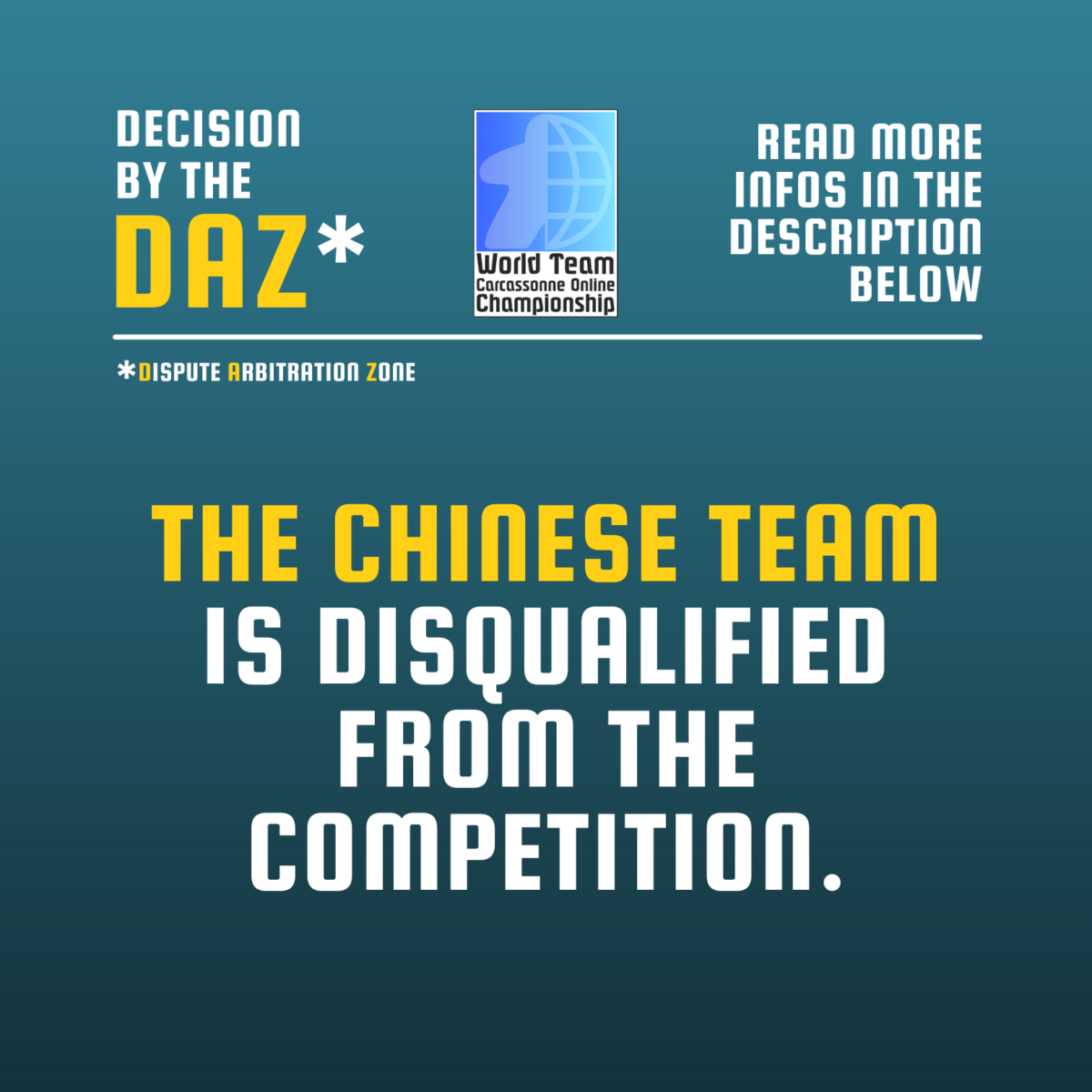 We are sorry to have to inform the community that the Chinese team has been banned from the competition.

The referees of the WTCOC received some evidence pointing out that the Chinese team had broken the championship rules in the match against Peru. After analysing the situation, the Arbitration Committee (DAZ) have found the evidence compelling, so they have decided to expel China from the competition.

Additionally, they have declared that the games between Peru and China are going to be nullified.