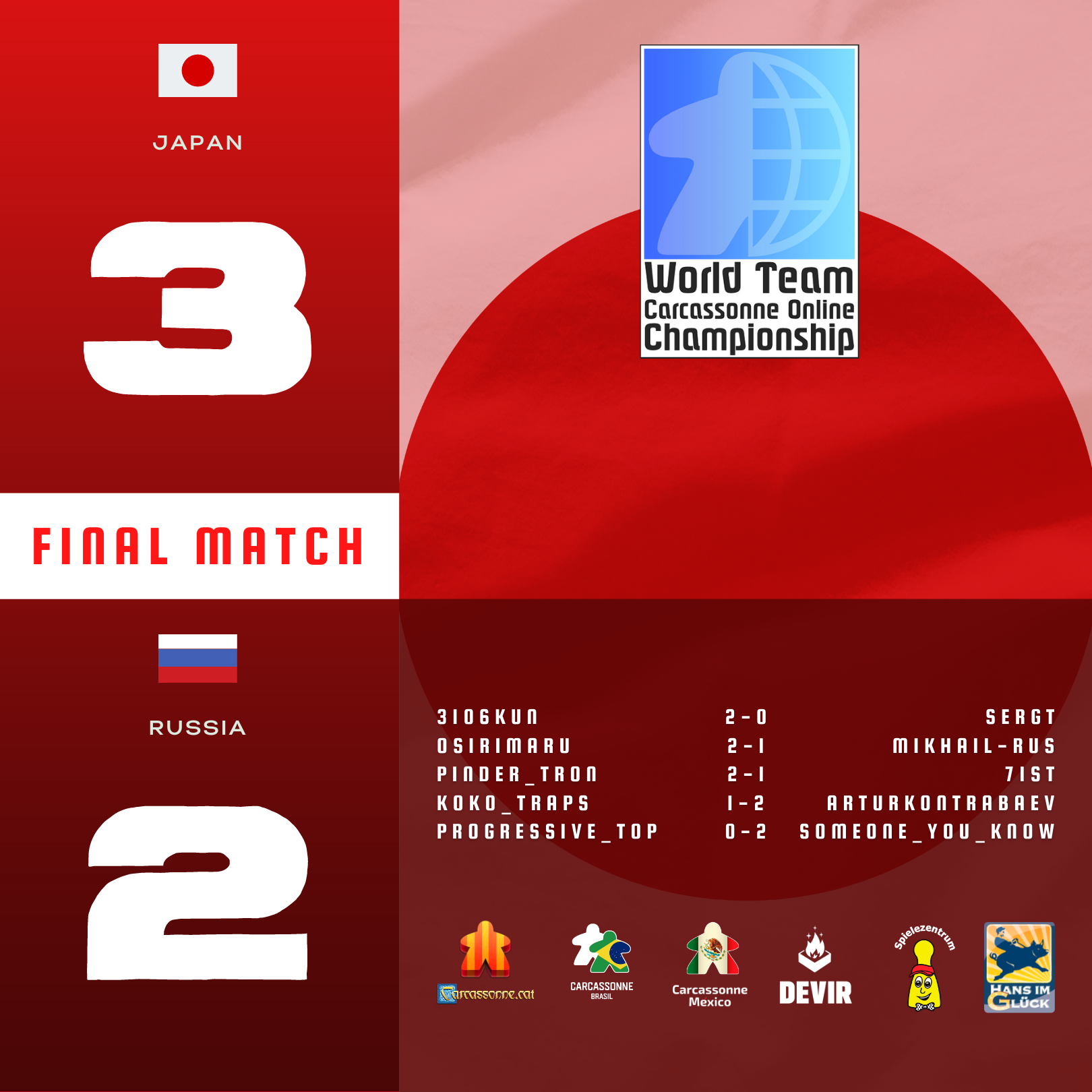 The Japanese team revalidates the title won last year with an overall result of 3 duels to 2.

Although the road has not been as comfortable as in 2020, the Japanese have validated the initial predictions that made them favourites to rise to the top of a championship that this year had more contenders for the title.

Thus, the solidity of players like pinder_tron and 3106kun, who have not lost a single duel in the entire championship, or the regularity of others like OSIRIMARU or Koko_TRAPS, have made it possible for the team from the land of the rising sun to find the light in the end of the long road that has led them to be proclaimed champions again.

The final against Russia has not been easy. Someone_you_know has been able to beat the Japanese captain, progressive_topline (2-0). ArturKontrabaev has won Koko_TRAPS in a tight duel (2-1). Still, the solidity of pinder_tron and his protégé, 3106kun, and the good work of OSIRIMARU, who has won his duel by 2-1, have been enough to achieve the desired victory (3-2).

Russia also ends its participation in the WTCOC in the same way than in the previous edition: as the runner-up, but with the satisfaction of achieving a commendable second place with a team that has undergone some changes with respect to the last year’s; a fact that shows the great quality that exists in the Russian scene.

From the organisation of the WTCOC we want to give our sincerest congratulations to Japan, as we know that they have worked hard both individually and as a team to achieve this victory. A triumph that, in addition to being a stimulus for them, is also a stimulus for the rest of the teams and players, as they lead the way for all those who want to aspire to the world crown: work, methodology and passion.